Powering the University of Minnesota with 100% Renewable Energy

[May 2019] Andrea Veloira and her teammates from GCC 3031/5031 are setting an example for Minnesota lawmakers by working toward 100% carbon-neutrality on University Of Minnesota campuses.

What does carbon neutrality mean?

“Carbon neutrality essentially means that the total net carbon footprint is zero. This can be achieved by either eliminating emissions all together or having a system in which carbon removal balances carbon emissions. The state would be able to follow suit with energy companies such as excel. Governor Walz recently endorsed a package of energy reforms that calls upon the Minnesota legislature to help move the state toward 100% carbon neutral electricity by 2050. One of the proposals, the omnibus energy and economic development bill, HF 2208, was just recently passed in the House and can hopefully pass in the Senate. Our specific project was focused on support of the 100% Campaign, but on a smaller scale, by creating a push for total renewable energy change on campus.”

Why start at the university level?

“Our theory of change was that the university is a place where a lot of progress can be initiated. Since it is such a large, concentrated subsection of the state, we are in a pretty unique spot where we can easily connect to our student government to move things along quicker than they would at a state level. Our idea we had was that if we can get our campus to move forward, then it would be a really good indicator of how that could work for Minneapolis as a city and Minnesota as a state. Another thing that we were really conscientious of when designing the project was to include all five of the systemwide campuses at the U of M. So, not only the Twin Cities Campus, but Duluth, Crookstoon, Rochester, and Morris because climate change is something that is extremely multifaceted and affects Minnesota in its entirety, regardless of city or rural landscape. The process of writing a resolution and submitting it to the student senate moves a little quicker than if we were to try to move forward go statewide. Hopefully that would help push the state and legislature to see that if this campus, that is essentially like a small city in a number of ways, can go 100% carbon neutral by 2050 then we have the capability to do that as a city and also a state.”

So your end goal is to have 100% carbon-neutrality by 2050 at the University?

“There has been some shifting in our goal this semester, but, yes, our overarching goal is to move Minnesota to 100% carbon-neutral electricity. Our primary goal at the moment, however, is to submit a resolution to the university senate with hopes to create a task force and make recommendations for us to move to be 100% carbon neutral by 2050.We plan on submitting a resolution to the Minnesota Student Association and the University Senate. The University Senate is chaired by the president of the university and all things passed through the senate get reported to the Board of Regents, who must respond in some way. There are three University Senate meetings in the fall semester, so we hope to submit it for the agenda by then.”

Are you looking at any specific types of renewable energy on campus?

What kind of people would be on that task force?

“Those who are well versed in sustainability and sustainable energy would be able to make recommendations to the university on the task force. Our hopes are that it would be led by a lot of administrative and faculty member. We were also thinking of ways to involve students as well. The board of Regents does have a Chief Executive Officer of sustainability, however, I am unsure if there is any cohesive task force or initiative behind going carbon neutral by 2050 at the university.”

What are you working on now to get it moving?

“We’ve been really trying to make the whole process interdisciplinary and want the 100% Campaign to be something that involves and invites everyone to participate. We’ve been reaching out to a number of student groups on campus. Hopefully, by the end of summer, we’ll get every student board on from each college to co-sponsor. We’ve also reached out to two or three of the five other system-wide campuses and their student governments to co-sponsor the resolution as well. We have the resolution drafted; we just need to finalize the language, and are seeking a strong support from for faculty co-sponsors too.”

How do you get people to co-sponsor?

“We usually start by contacting potential co-sponsors hoping to present about climate change and the problems that Minnesota faces specifically. The way we experience climate change and its effects here are very unique in comparison to what other states experience. It’s really important to us that we get that solid foundation of students and faculty, because administrators will be able to strongly support something they know has support from the students, similar to how legislators support their constituents.”

If the state of Minnesota has a potential goal to be 100% carbon-neutral by the year 2050, what is your goal for the University of Minnesota?

“We have modeled the campus goal to reflect the potential state goal of carbon neutral electricity by 2050. Experts on the 100% Campaign believe we can actually move forward much quicker than we can imagine. They have stated that the year 2050 is set as a generous timeline and the reason there is no specific short-term renewable energy standards included is because having those short-term goals at 2035 or 2040, will actually prolong the process instead of keeping the state moving toward renewable energy as fast as it actually can.”

Did the experts on the 100% Campaign present to your class?

“Yes, we had guest speakers who talked about climate change from a number of different aspects. We’ve had experts speak about social movements, and its impacts on politics and climate change. We had Michael Noble, policy expert, come in and talk to us about the logistics of Minnesota's unique position in passing legislation like this. We’ve also had nurses and doctors come in to talk about climate change and its impact on health and health systems.”

Are your teammates now the same people you met in GCC?

“Yes, it’s the exact same group and we have become good friends over the course of the project. We will all be here this summer, despite a few of us graduating. Once class is out of sessions we are excited to dedicate more time to meet with our more of our legislators to talk to them about the campaign, the bill, and what that means for Minnesota. We will be meeting with a few university senators over the summer to tie up loose ends with the resolution, which will hopefully be on the docket for the next university senate meeting.”

How did you come up with this project idea?

“Our group always had an interest in policy, and I actually served on the Student Senate in 2017 and 2018 academic year as the CBS Student Senator so I was pretty familiar with the process. I think my group members and I are pretty big thinkers and wanted to take on something that was big very systematic.

At first, our project was focused on writing a letter endorsing the 100% Campaign and having administrators sign to show support. Our initial idea was to have a signature by the dean of each college to show interdisciplinary support. However, the deans generally like to know that the things they support are supported by students as well. That’s when we went back to the drawing board and asked ourselves, "what’s the best way to gain support in a student-based manner?" That’s when we thought to write a resolution ourselves, gather co-sponsors, and then present it to higher administration, in the form of university policy.”

Is there anything people can do to help now?

“Minnesota is in a really unique spot to be passing the 100% Campaign legislation. I’m not sure if many know this, but Minnesota is the only state that doesn’t have total control of the House and Senate by one party. We are the only state in the US that has a split legislature. If legislation like the 100% Campaign were to pass in Minnesota, it would be something completely different- something that the United States hasn’t seen in quite some time, because it’s something that truly shows that bipartisan support. Minnesota could be a leader in the United States; we could show that Minnesotans collectively agree on complete renewable energy, that it’s practical, and that it can happen.

People can help by looking at different ways they can support the 100% Campaign. You could help on a more personal level- by making more sustainable lifestyle choices, or reaching out to people in their communities to see if they know what the 100% Campaign is, or educating yourself on what other movements are currently happening in the climate activism circle. I think the 100% campaign is accessible to all people because climate change is something that affects everyone in different ways. Talking to your representatives would be helpful as well as your student representatives on campus, and reaching out to other groups focused on sustainability.”

What have you learned through this process so far?

“In the class, one of the most important things we did was discuss the climate change conversation and how to have those conversations with people you have just met and people that are important to you. That was a great lesson because what people find meaningful about the environment and climate change isn’t always the same as what’s important to you. To channel that conversation is really impactful when speaking to anyone, even if it’s not your Senator. Also, inviting people to participate and be sustainable without being forceful or abrasive is important. There are so many different ways people can fit in the climate change movement.”

So what drives you to keep working on this?

“I had never really been passionate about the environment or climate change until I started this course, but it was always something that was passively aware of. I knew climate change was real and happening quickly since we were young, but I always saw it was more of a fact or something scientific rather than something that really affects people in nearly every aspect of their lives. The conversations about climate change that we had in GCC 3031/5031 made me think about what I needed to be introspective about.

The first step in finding out that something is really important to you is being vulnerable and letting yourself connect with whatever that is. We spent the first three weeks of class talking about all of the doom and gloom that comes with climate change, and that was actually a much harder emotional process than you would think it would be. Our professors told us that it would be a grieving process to learn that the world is falling apart around you. We discussed the idea that after times of very deep anger or frustration comes very deep sorrow, and after very deep sorrow comes moments of change. If you’re able to find yourself in a good place after a meltdown thinking, ‘oh my god, the world really is changing,’ you can connect to movements like the 100% Campaign and creating really meaningful change.” 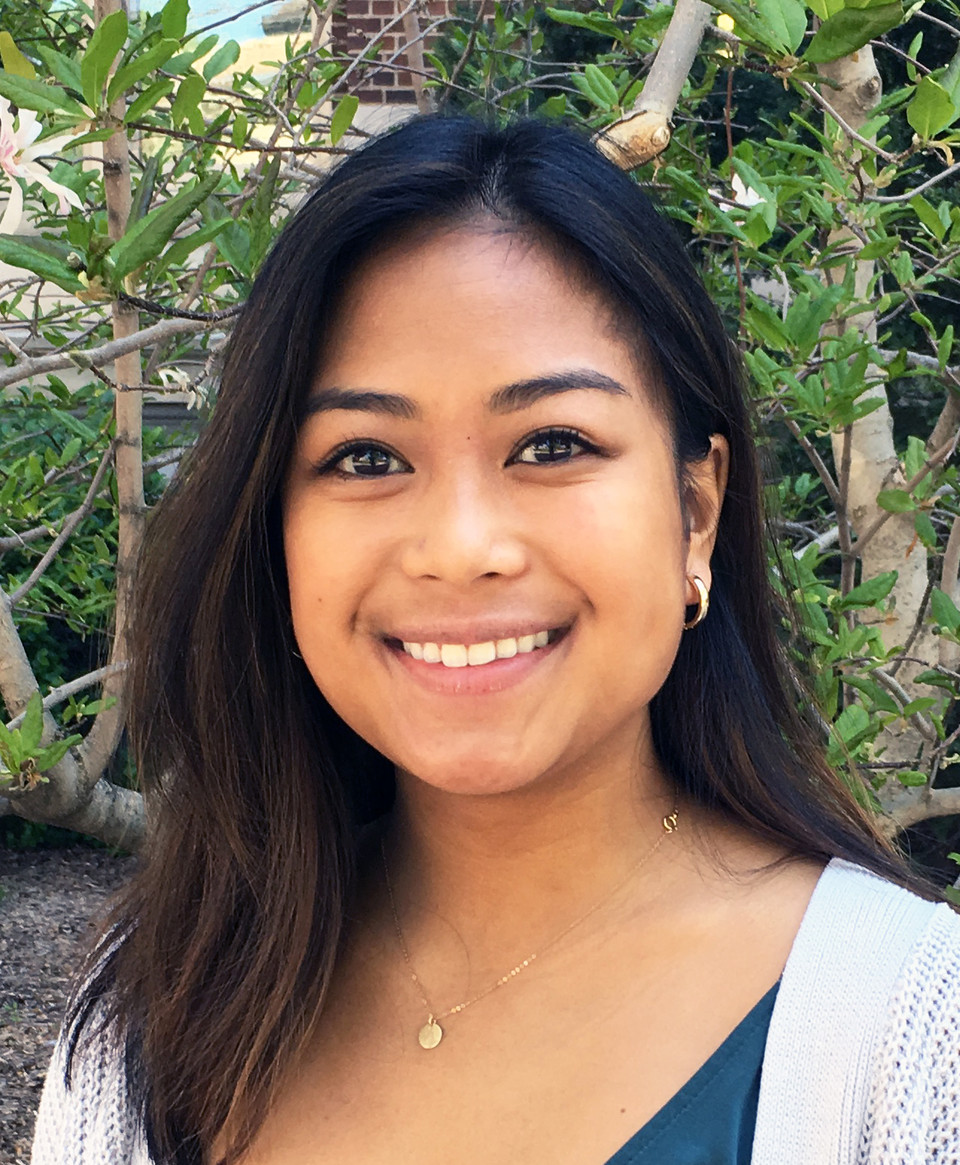