[January 2019] Michael Dahl shares his experience in GCC 3018 "What American Dream? Children of the Social Class Divide," his research into how classroom size impacts students, and the steps people are already taking to improve the future of childhood education.

Why did you decide to take a GCC course?

Michael Dahl: I had my transfer orientation last summer. There was a little pamphlet sitting right in the middle of all the papers they gave us, and it said Grand Challenge Courses. I flipped through it and really liked how it highlighted the intersection of different backgrounds. It would be people from all sorts of academic backgrounds at the U. My class had students in accounting, some computer science majors, a bunch of people from CBS, people from CLA, and some Carlson students. I thought it would be really good for me to try to meet people from different colleges, get their perspectives, see what they’re studying, but then also use their knowledge to try and solve this very pervasive issue.

What made you choose GCC 3018 specifically?

Michael: I guess it just really resonated with me. Within the last three or four years of my life, I’ve been more interested in social justice and the climate of our culture. More so after the last presidential election and seeing a lot of the things become cultural norms that I don’t think should be cultural norms. People who are less fortunate, or people who are cursed by the circumstance of their own birth, are just pushed to the side due to other people's view of them. Crimes are seemingly allowed to be perpetuated against these people because they have less money. Some people don’t have the ability to pay for resources or the correct professionals that would help them survive a trauma and grow from it; instead they’re allowed to continue in this never ending cycle, and their children are put in this position where they aren’t allowed to prosper either. That’s something that really bothers me.

Has GCC influenced your academic goals at all?

Michael: This class has helped me set up a path to my goals. It definitely helped cement what I want to do. And although I’m a pre-med student, and I still want to do the typical pre-med path (go to med school, find a good residency and fellowship, and so on), I changed my personal motivation behind that. The whole becoming-a-doctor thing isn’t the endgame. That’s just one step toward achieving my goals and hopefully creating tangible change that will allow people of less fortunate backgrounds to be able to prosper and reach their full potential.

Did GCC impact you differently as a transfer student?

Michael: I think it was really incredibly helpful. I was really excited about taking the course and about experiencing the U of M culture. To fulfill all my graduation requirements, I have to take a lot of heavy science classes. I think this was a great opportunity for me to get to know the U of M and some of the non-science students, especially those that are really passionate about social change. I originally went to a small community college where nobody really talked to each other, did their course work, maybe studied before their exams, and then went to work after class. And now here, I’m able to create a kind of community and see there’s a lot of like-minded individuals from different backgrounds that want to do something great with their lives.

You participated in the Classroom to Community Workshop. Can you talk a little bit about your group’s project, Combatting the School to Prison Pipeline: Size Matters?

Michael: Yes. All attention-grabbing jokes aside, size does matter in regards to the classroom. My group focused on providing better education opportunities for children of lower SES [socioeconomic status], because there has been a debate for decades about how to properly set up the school system. Even recently in California, there was that six-day strike by their teachers association which ended very well for the teachers. They were able to gain 600 new positions for their school district, as well as nurses, psychologists, and resource officers. This will allow the students to have people in school who they can talk to about problems not strictly related to academia. They will also be slowly reducing class sizes. Reducing class sizes significantly increases test scores, and it’s most beneficial for students of lower SES. My group wanted to highlight that not only is this morally right to do- to provide better education for all members of our community- but it saves us money in the long run. It reduces incarceration and the amount of taxpayer dollars which go to correctional institutions. It also stimulates the economic contributions from our communities by decreasing dropout rates and increasing the number of educated members. Society will be able to keep the wheel of production turning by allowing these individuals to, hopefully, feel self-fulfilled and productive.

Is there anything that people can do to help out?

Who is Art Rolnick?

Michael: He was one of the guest speakers we had in class. We had quite a few different speakers from all sorts of backgrounds come and talk to us. Art Rolnick is a senior fellow at the UMN Humphrey School of Public Affairs and used to [serve as senior vice president/director of research/an associate economist at the Federal Reserve Bank of Minneapolis]. During his time at the Federal Resrve, he ended up getting pulled in on a project investigating the benefits of early childhood education after someone asked him to run some numbers, and from running those numbers. While running those numbers he made an amazing discovery: Early childhood education is where we need to push our money. He even did a TED Talk about it.

What was your favorite part or biggest takeaway from GCC?

Michael: This course really drove home a couple of sentiments that made me want to work harder and be a nonstop activist for not only myself, but for the people around me. Looking at my own history and where I came from and my adversity, I realize that I’m lucky. I’m very lucky. Not everyone gets to have the resources or support that I had, or even the kind of adults I had in my life that were willing to make hard decisions so that I could prosper. Reflecting on that makes me want to lift up people who don’t have those resources and help provide a path to a future that they can be excited about. That’s really the big thing.

Where can people learn more if they are interested?

Michael: I would suggest reading the book Our Kids: The American Dream in Crisis by Robert Putnam. It’s a bit heavy on some of the numbers but overall he addresses things in a very succinct manner that illustrates the problem very well. Also, Rolnick published a paper that highlights the advantages of early childhood education quite nicely. 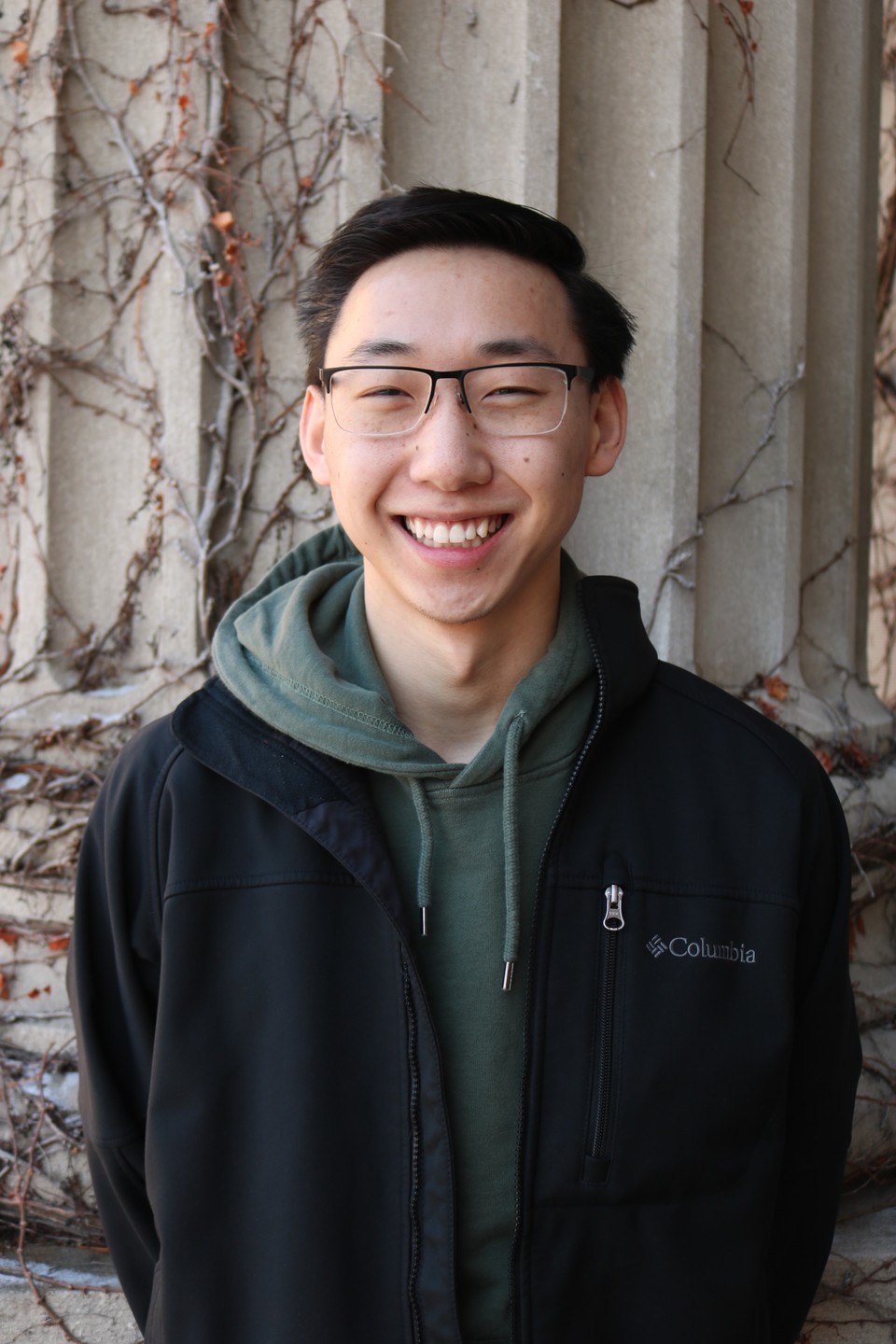